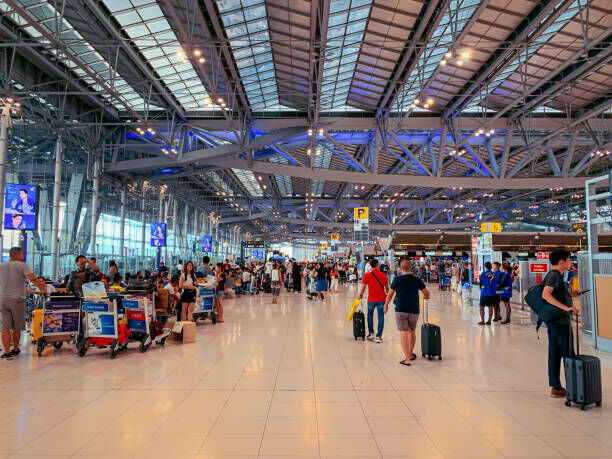 Travellers are flooding back into Thailand after the country scrapped its pre-flight Covid PCR testing requirement. Arrivals to Suvarnabhumi International Airport have almost doubled to around 12,000 passengers per day, arriving on a flurry of new inbound flights.

On Sunday afternoon, international travellers teems throughout the airport, reaching near pre-pandemic levels. They were greeted by officials and hotels reps who shepherded them to their PRC testing sites upon arrival.

Starting April 1, international travelers entering via the Test & Go and Sandbox themes do not need to a negative PCR test certificate issued within 72 hours of departure of their flight to Thailand.

Upon arrival, they’re still require to take an RT-PCR test on arrival and wait at an SHA plus hotel until they receive a negative test result. They’re also required to take an ATK self test on day five and report it via the Thailand Pass app.

Meanwhile, RT-PCR testing time have decreased, with results available within 4 hours of testing. This may eliminate the need for many travellers to stay overnight in a quarantine hotel, encouraging more tourists to enter the country, Thai PBS reported.

It is also now possible to enter Thailand via land in Satun, Nong Khai, Udon Thani and Songkhla provinces, or by sea at ports in Surat Thani, Phuket and Chonburi provinces.

The rules have eased just in time for Songkran celebrations, or Thai new year, which will take place from April 13 – 15.