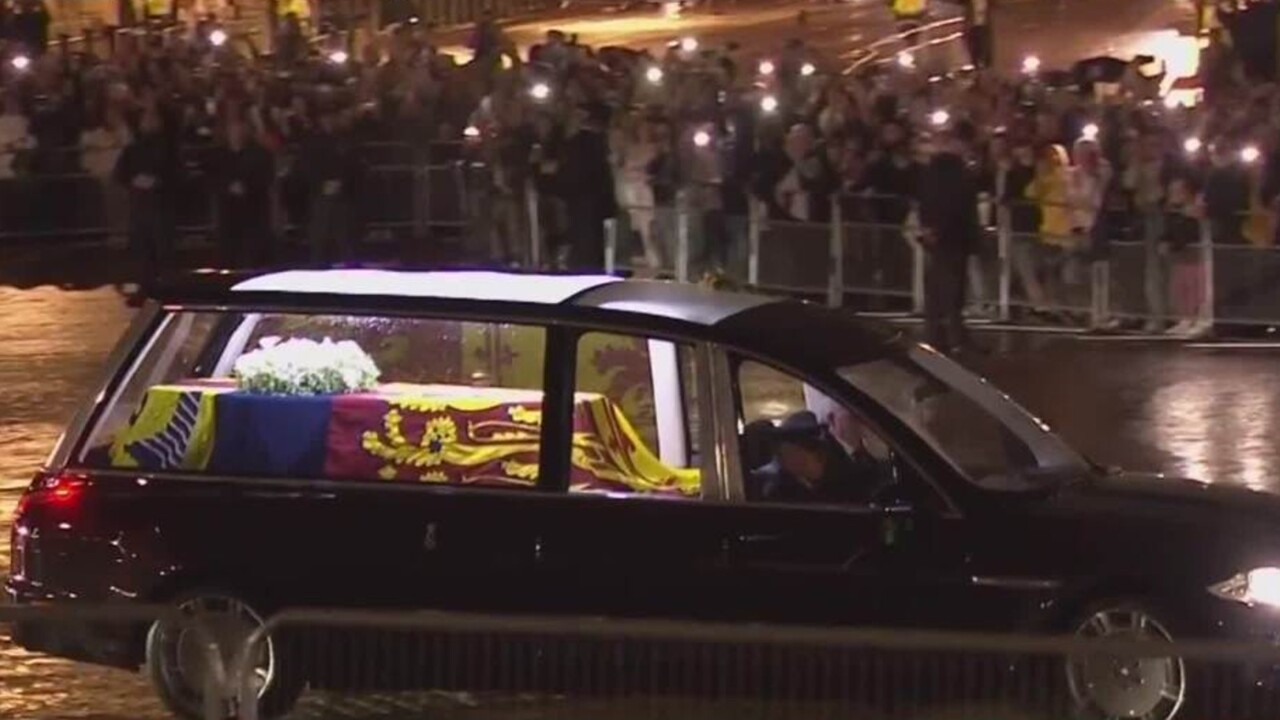 Sky News host Peta Credlin says there have been “truly magnificent scenes” in London as the United Kingdom mourns the death of the Queen.

The Queen’s final journey to London attracted over six million people who were trying to track the flight from Edinburgh and many more trying to glimpse the hearse containing the Royal coffin.

“There were muted cheers and applause and of course, the glow of countless camera phones as she made her slow journey through the streets of London,” she said.

“Despite the pouring rain, they lined the streets all along the route in a show of respect and emotion.”

She said motorists who came across the vehicle were seen “stepping outside of their cars to stand” as it went past – and many in the crowd were crying as it drove by.

“The mood in London has moved from sorrow and disbelief that her time had come so quickly as it did, to now, one of quiet solemnity,” she said.