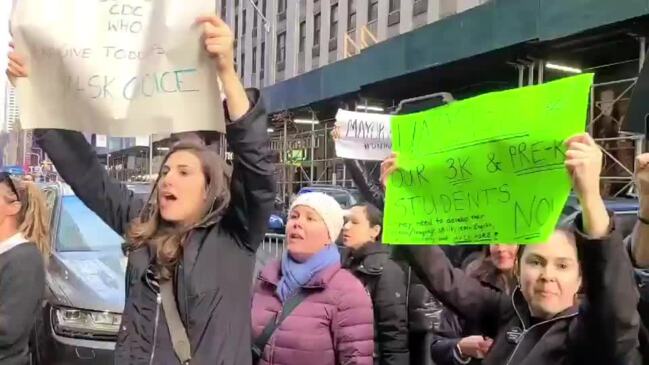 Protesters challenging a mask mandate for young children confronted New York City Mayor Eric Adams as he attended a Broadway show on Sunday, April 3, footage shows. The city said on April 1 that it would maintain a mask mandate for children under the age of five, citing rising numbers of coronavirus cases in the city. Adams said children between two and four should wear masks when they go to school on Monday. Video taken by Stephanie Edmonds shows parents outside the Ethel Barrymore Theatre, where the mayor was seeing the musical Paradise Square on Sunday. Credit: Stephanie Edmonds via Storyful