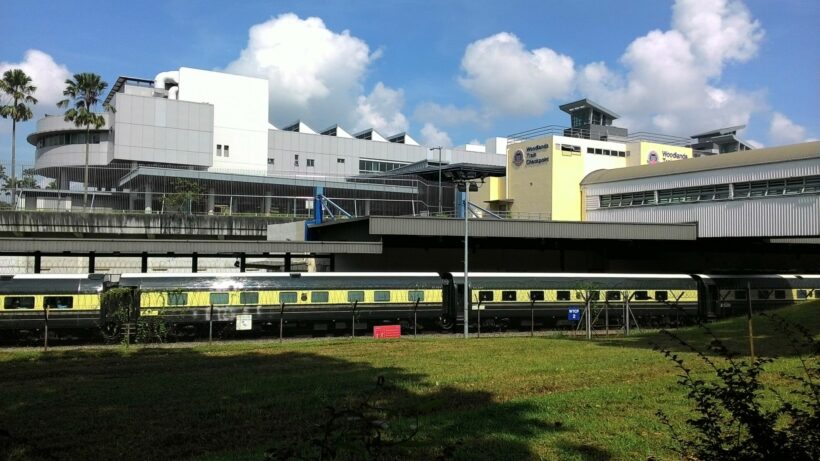 For the first time in two years, the land border between Singapore and Malaysia reopened yesterday, April 1, for travellers by private transportation, without the pandemic-era requirements of Covid-19 testing and quarantine. Now fully-vaccinated travellers can freely cross the land boarder on the southern end of the Malay peninsula with only a valid passport and proof of vaccination. Children up to age 12 who aren’t fully vaccinated must be accompanied by a fully-vaccinated adult.

Lines of cars, motorcycles and people on foot began forming at border crossings before midnight and had successfully crossed over by 1am, CNA reported. By 7am, more than 11 thousand travellers had passed through the Tuas and Woodlands checkpoints, according to the the Immigration & Checkpoints Authority, which had set up new automated lanes to accommodated the anticipated influx of travellers.

At the Woodlands Checkpoints, about a hundred people lined up to board the cross-border shuttle buses early in the morning and vehicles honked as they crossed over to the other side, CNA reported… “People cheered and waved their hands as they approached the barricades.”

Today’s border reopening is a “significant milestone” in the post-pandemic effort of living with Covid, said ICA’s senior assistant commissioner Chua Tuan Meng…. “ICA and other agencies have been working closely with our Malaysian counterparts to reopen our borders in a safe and calibrated manner over the past few months… It has been more than two years since border restrictions were in place at the land checkpoints… Since midnight, operations at both land checkpoints have been smooth. Travellers with the required documents will clear through checkpoints smoothly.”

The border reopening follows bilateral agreements from Singapore and Malaysia to ease their pandemic-era travel restrictions, as the two nations embrace living-with-covid strategies in an effort to end the pandemic restore normal rhythms of life among their populations in Southeast Asia.

Last week, Singapore and Malaysia health ministers said that their nations were working together to fully resume air and land travel for vaccinated travellers. In the pre-pandemic era, the two countries shared one of the busiest land crossings in the world.

In a televised address to the nation last week, Singapore Prime Minister Lee Hsien Loong announced the city-state’s significant policy changes… “Our fight against COVID-19 has reached a major turning point. We will be making a decisive move towards living with COVID-19.”

This week, Singapore ended most of its Covid-19 restrictions, marking a resolute shift toward an endemic mindset. Starting from April 1, vaccinated travellers are able to enter without quarantine and test on-arrival has been dropped. Pre-departure tests have been removed for people entering at land borders, but will still be required for those entering by air and sea routes.

Additionally, the outdoor mask mandate in Singapore was abolished, the limit on social gatherings was doubled from 5 to 10 people, capacity limits for large-events were increased, and companies were allowed to have their employees return to work at office buildings. PM Lee announced the major pandemic policy shift with an encouraging word of caution… “Resume more normal lives, enjoy larger gatherings of family and friends, go outdoors without masks, or reunite with loved ones abroad — but do not throw all caution to the wind.”