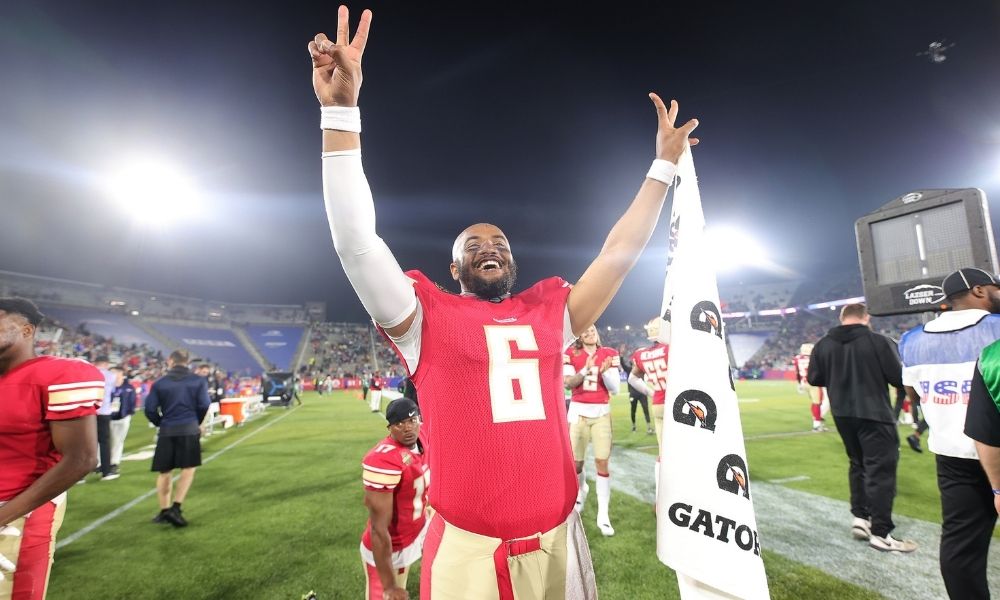 The broadcast viewership peaked at 3.5 million during the Birmingham Stallions’ 28-24 win over the New Jersey Generals on 16th April.

The USFL was buoyed by the strong domestic TV ratings as its return was scheduled in the same time slot as matches in the first weekend of the National Basketball Association’s (NBA) playoffs, as well as key end of regular season games in the National Hockey League (NHL) and action from the start of the 2022 Major League Baseball (MLB) campaign.

The USFL went under in the 1980s after a disastrous decision to move into the same autumn calendar as the National Football League (NFL). It has returned to action as a spring league, with eight teams and all 43 of its games set to be carried on major network platforms.

The opening game of the 2022 season marked the first sports broadcast shared by two rival US networks since the first ever Super Bowl in 1967.

For the remainder of the season, rights will be split between Fox, which has an ownership stake in the rebooted USFL, and Comcast-owned NBC. In total, the commercial networks will combine to air 20 USFL games per season, with 23 broadcast via their respective pay-TV channels and subscription streaming platforms.