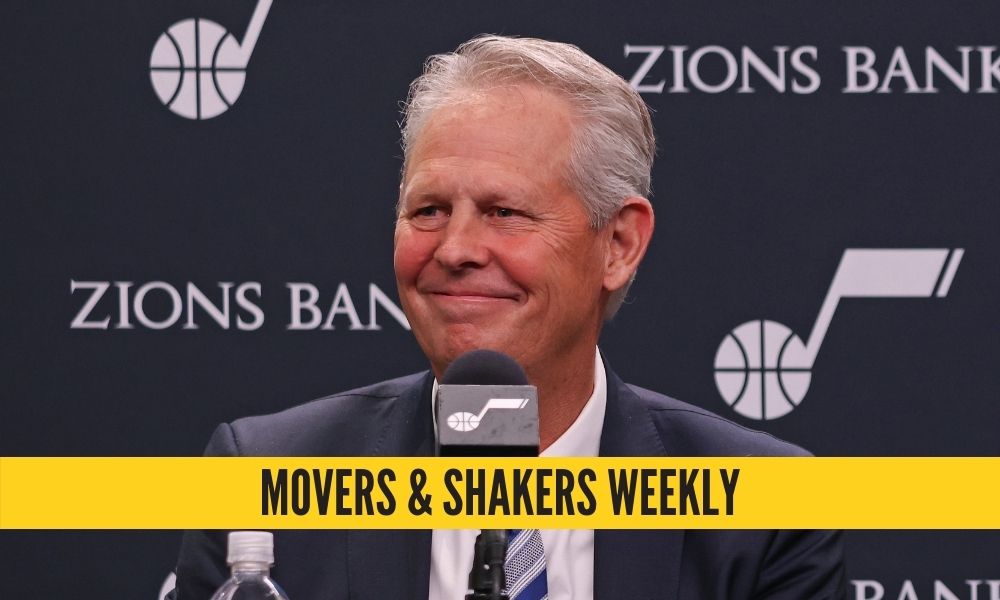 The 62-year-old will also represent Smith Entertainment Group (SEG), the operating company which owns the Jazz, as an alternate governor for the franchise on the NBA’s board of governors.

Ainge joins SEG and the Jazz after 18 years with the Boston Celtics, most recently as president of basketball operations. Previously, he was head coach of the Phoenix Suns for three seasons following a 14-year career as an NBA player. Ainge is a three-time NBA champion, winning two titles as a player and one as an executive.

“We have big aspirations for Smith Entertainment Group and the Utah Jazz. Danny is one of the best basketball minds in the world and he’s also passionate about this state and our community,” said Ryan Smith, owner of the Utah Jazz and SEG.

“We believe in adding the best talent to all facets of our organisation and are lucky to have Danny’s acumen and experience. The Jazz are in great hands with the incredible leadership of general manager Justin Zanik and head coach Quin Snyder. We couldn’t be more excited to bring Danny on board to work alongside Justin, Quin and me. Danny will help make our organisation stronger in pursuit of our collective goal – winning an NBA title.”

Ainge added: “I have known and respected Ryan and Ashley Smith for many years. What they are doing here in Utah is amazing and I am excited to be a part of their vision for the Jazz and Smith Entertainment Group as a whole.

“Joining the Jazz was a natural and perfect fit for me, as my roots in Utah are deep and strong. This is a team that has a tremendous foundation of players and people, and Justin and Quin are doing an amazing job. I am excited to collaborate with them, be a resource, and share the perspective I have as we work together to bring our fans the success that they deserve.”

Elsewhere, the Sportfive agency has appointed a new US leadership team, with Neil Glat and Steve Loy named co-presidents. With the change, the football management business will be discontinued and Joel Segal has departed Sportfive. Simultaneously, the agency will continue to establish golf as one of its strategic global businesses.