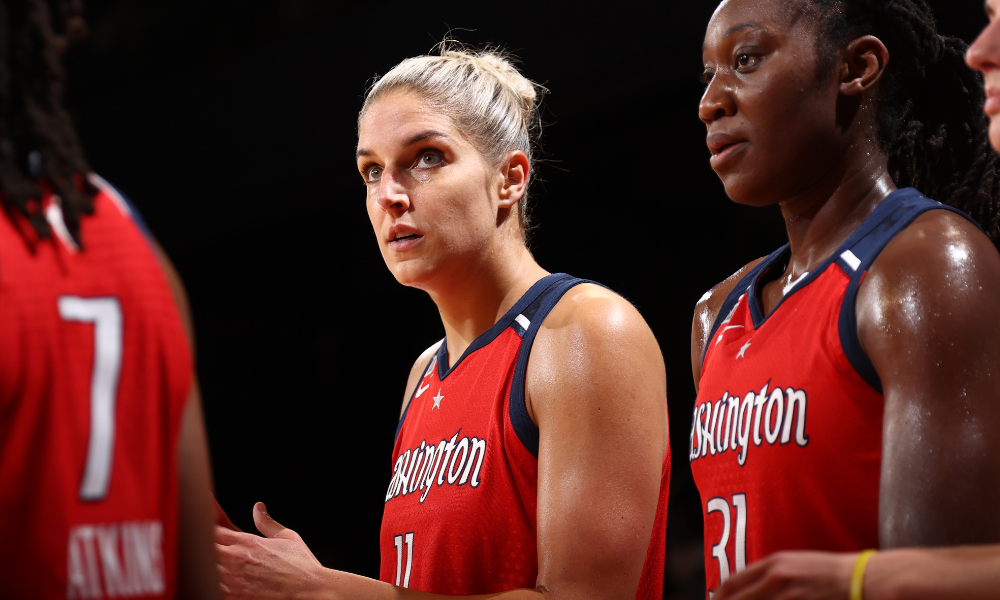 Reading through SportsPro’s commercial guide for the new WNBA season I was slightly taken aback by how many teams are still without either a main or jersey patch sponsor. By my calculations, there are nine jersey sponsorship slots still up for grabs among the 12 teams, which is just under 40 per cent of the total 24 advertising spaces available.

To me that is surprising. The WNBA is perhaps the most recognisable women’s sports league in the US, its viewership continues to rise, and it has just received a multimillion dollar investment that will contribute towards growing its brand around the world.

From what I understand some of the key factors that prevent these deals being done are pricing expectations and – something likely to change as women’s sport continues to develop – having the commercial infrastructure in place to go out and sell that level of sponsorship.

It’s also worth pointing out that big-market teams with larger followings, such as the LA Sparks and Chicago Sky, do have two jersey sponsors but there are others who have none. Clearly, the fact that there are “haves” and “have nots” is something that will be true irrespective of whether we’re talking about men’s or women’s sport.

I put the issue to Jason Miller, head of properties at the Excel Sports Management agency, which has secured major deals for teams across various sports, and Erin Kane, who represents the likes of Elena Delle Donne and Arike Ogunbowale.

Miller was quick to point out that there are a number of NBA franchises still without patch sponsors and said that “many” NHL clubs won’t have a jersey partner as soon as they are able. I also found interesting his suggestion that the WNBA should “continue to consider” further limiting the advertising space available on the front of the jersey to reduce clutter and drive value.

“The difference with the WNBA is they have multiple positions – that impacts the value,” he said. “So if the WNBA, like the NBA, had one position…then I absolutely think that front-of-shirt positions for the major WNBA teams – not all of them – should be a low seven-figure investment. Because that’s what the top NWSL teams have got.”

The argument goes that women’s competitions across the board enable brands to enter sports sponsorship at a lower price point. But the WNBA is also the embodiment of things that are increasingly important to corporate entities, whether it be purpose, equality or community.

If the WNBA, like the NBA, had one position…then I absolutely think that front-of-shirt positions for the major WNBA teams should be a low seven-figure investment.

Kane, who says she is seeing “much more activity” around endorsement deals for WNBA players – with the size of those deals also increasing – believes that creates unique storytelling opportunities for sponsors.

“[WNBA players] are thoughtful, they’re engaged, they speak out about what they believe in,” Kane said. “The other difference is in men’s sports, at a certain point, have all the stories been told? Are we manufacturing the stories at some point?

“With the WNBA, because there hasn’t been quite as much attention, there’s this opportunity to uncover and share some really amazing life experiences.”

That focus on purpose and community might explain why the majority of WNBA jersey sponsors at present are companies in areas like wellness, healthcare and life insurance. But Kane made the good point that WNBA teams and athletes shouldn’t be held “to different standards” than men in terms of the type of companies they partner with.

Indeed, the WNBA should be an attractive investment for brands of all shapes and sizes and Miller is confident more will follow.

“You’re going to see brands get involved for two reasons,” he said. “We’re living in a society where consumers want to see the brands that they do business with as a reflection of them and our society and where we’re going. The other is just the value is going to be there: women’s sports are going to provide value.

“So if you have the vision and the wherewithal, I think it makes a lot of sense to consider getting in now with women’s sports. At the same time, I think the clubs have to be smart as not to commit and sweep money off the table in long-term deals that three, four years down the line, if the growth trajectory of women’s sport continues at the level it is, they could be somewhat upside down on these deals.”

EA Sports, it’s in the name

It’s officially official: EA will no longer be able to leverage the FIFA brand for its soccer video game after ending its three-decade long partnership with soccer’s global governing body.

But I get the sense that the maker of one of the most successful titles in the history of the gaming industry isn’t all that bothered. And it probably shouldn’t be.

Fifa’s own statement came across a tad desperate, with Gianni Infantino’s comms people feeling the need to capitalise his assertion that a soccer video game bearing the FIFA name will always be “THE BEST”.

That probably won’t be true from 2023, when the EA Sports FC brand launches with more than 300 licences, 19,000 athletes, 700 teams, 100 stadiums and 30 leagues around the world. I’m not sure players are going to notice that the Fifa World Cup is missing.

On EA’s part, it will undoubtedly require a big marketing push – I noticed that a number of its partner clubs were already pushing social media posts promoting the new brand – to raise awareness of the name change, but that is something it is well positioned to resource after refusing to bow to Fifa’s reportedly high financial demands.

We’re In The Club.

There are plenty of other hot takes circulating at the moment but I encourage you to read my colleague and gaming aficionado Steve McCaskill’s measured Twitter thread in response to the fallout.

There was no shortage of praise for the inaugural Miami Grand Prix over the weekend, an event that will perhaps be remembered more for the pageantry off the track than the underwhelming race that happened on it.

The likes of Michael Jordan, David Beckham, the Williams sisters and Tom Brady all wanted a piece of the action, but it appears not everyone left Florida satisfied. Reports suggest that sponsors and VIP ticket holders who paid as much as US$13,000 were unimpressed with the hospitality experience, with rumours of poor catering, bad service and traffic jams at the heart of the complaints.

I’m sure you will all join me in feeling very sorry for them.

A lot of good things about Miami but teams and sponsors not happy with the quality of service in the Paddock Club, run locally rather than by the usual F1 organisation. Tickets are $13,000 so people expect 5 stars… First world problems I know, but lessons to be learned

Say what you like about The Hundred but you can’t deny that it’s so far been successful in attracting commercial partners, including several that you wouldn’t typically associate with sports sponsorship.

This week the ECB named Sage and Robinsons as the newest additions for its 100-ball competition, just days after Xplora came on board as the tournament’s ‘official children’s smartwatch supplier’.

1. The Fifa World Cup in Qatar is still a few months away but, as The New York Times’ Tariq Panja writes, sponsors are already taking steps to distance their brands from the host country.

2. On the topic of the Miami Grand Prix, Sports Business Journal has put together a decent ‘sports business retrospective’ of the event, which includes some insight into what went wrong in hospitality and how sponsors activated onsite.

3. I hadn’t really considered this side of it, but it’s interesting to hear how traditional entities in the financial services sector are rethinking their sponsorship strategies as more crypto and fintech firms encroach on the space.