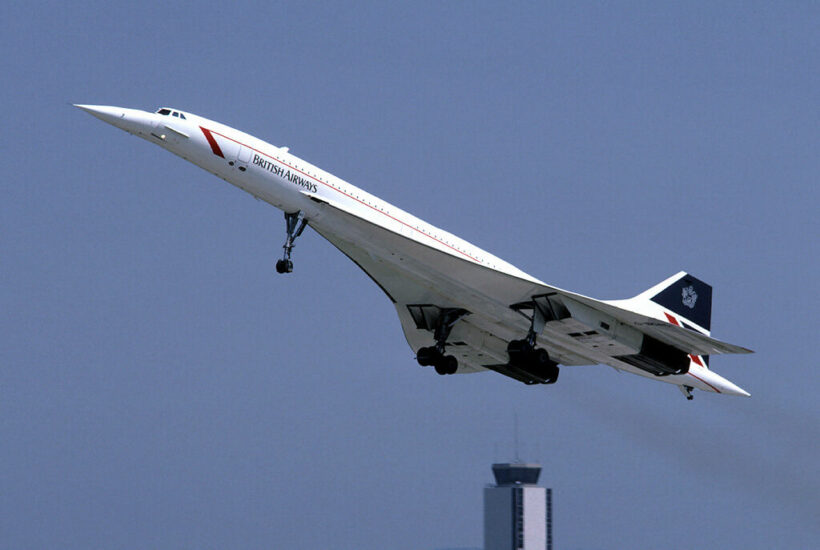 We’d flown in propeller-powered planes, then jets. Supersonic was the next evolutionary step in flying people around the world as the 1960s came to a close. Now, 52 years after Concorde’s early flights supersonic flight is, again, an aviation pipe dream as we pack into our cheap ‘flying buses’ which are not much different from the first successful commercial jets that first flew in the 1950s.

Materials have changed a bit, but the seats have become smaller, service almost vanished and the experience a lot less enjoyable. Does anyone really look forward to a flight on a modern plane anymore?

(OK, not many of us are flying at the moment… hopefully soon)

Flying, once glamorous and earning its own title, the “Jetset”, is now a slog few of us look forward to. The destination, maybe, but not the actual flight. Whilst Air Asia boasts ‘Now Everyone Can Fly’, there was a time when flying was something you saved up for months, or years. And we used to dress up too – no shorts and T-Shirts!

Just months before the Apollo 11 launch, and Neil Armstrong and Buzz Aldrin’s walk on the moon, the supersonic Concorde made its maiden flight in March 1969. The western world had just gone through a dramatic decade of change – music, politics, fashion, culture, war – and the Concorde would be the crowning technical glory of that tumultuous decade.

It was an engineering marvel.

Only 20 Concordes were ever built but the best of British and French engineering excellence would not be able to overcome the decade ahead with a fuel crisis – the Concorde was a big jet fuel burner – and a new interest in ‘the environment’.

The fuel crisis of the early 1970s and country’s concerns about the impact of sonic booms over voter’s heads, would leave only British Airways and Air France flying the Concorde on regular commercial services. But thank heavens some visionary people persisted with the dream of faster-than-sound flight.

PHOTO: It wasn’t just fast, it was a lifestyle – It’s Nice That

Whilst the man landing on the moon grabbed the headlines, the Concorde was an equally brilliant masterpiece of engineering and a breathtaking distraction when compared to ‘normal’ jets. It’s swept-back wings, pointy nose (that would ‘droop’ during take off and landing), the slim-line passenger cabin. All made it look, well, supersonic!

But its sleek, timeless lines were just a reflection of the physics required to fly the plane at 60,000 feet and twice the speed of sound (most jets at the time, and even now, usually cruise around 30-35,000 feet). Even the designers admit they had little ‘wriggle room’ in the design. That it still looks like an impossible, futuristic design in 2020, is amazing.

A book titled Supersonic: The Design and Lifestyle of Concorde, written by Lawrence Azerrad, lavishes love on the plane and the lifestyles of the people who flew it.

“A lot of designs that were inspired by the dream and optimism of the jet age retain an air of the era in which they were born. They were futuristic at the time, but they definitely seem nostalgic now.”

Concorde flew commercially for 27 years, from 1976 to 2003, and brought London and New York closer together with a flying time of under four hours, typically a 7.5 hour flight.

“Concorde wasn’t originally intended to be this exclusive bird of the rich and famous. All airlines had orders for supersonic planes. It was only once political and ecological objections made it commercially untenable that it became an ultra-premium experience.”

Concorde’s eventual demise started on July 25, 2000 when an Air France Concorde, departing Paris, sucked up a piece of debris into its engines during take-off. The Concorde was able to take off, wings already engulfed in flames, but crashed soon after, killing all 113 people onboard.

In an otherwise flawless service history, the tragedy grounded the remaining fleet. Services resumed 16 months later but the Concorde would not survive the new era of airlines operated by accountants and share-holders reaching for the bottomline. The final flight was from New York to Heathrow on October 24, 2003.

I was saving up for a flight from London to New York in the Concorde during the late 1990s – a trip in my generation’s most outstanding engineering achievement. To me it was a thing of beauty and a trip of a lifetime. It never happened due to the eventual failure of the airlines to sustain a viable business model.

With only 100 – 115 seats, all business-class and only 4 seats across, it wasn’t a large cabin. But, as you watched the speedometer climb to Mach 2, you could look outside at the dark purple sky and ponder the curvature of the earth, 60,000 feet about the ground (18,200 metres).

The plane flew nearly 3 times the speed of conventional jets and almost twice as high.

“It was kind of like a social club in the sky,” said author Azerrad.

“You could have Paul McCartney leading a sing-along of Beatles songs with the entire airplane, or Phil Collins famously taking the plane to play at Live Aid in the UK and the US on the same day. And then royalty, of course: the queen, the pope, countless heads of states.”

Concorde wasn’t the only supersonic passenger jet to fly. The Soviet-built Tupolev Tu-144 – which looked remarkably similar but “lacked the elegance and grace of Concorde,” according to Azerrad. had a brief, but beleaguered, commercial stint in the late 1970s. By all accounts the Tu-144 had all the finesse of a KGB interrogation. It was loud, very loud, and rarely took off on time.

The likelihood of another Concorde, a plane capable of flying supersonically and drastically cutting down flight times, in our lifetimes, is unlikely in the short to medium term. Although there are currently a few companies fleshing out the possibilities.

The reality, particularly in the wake of the Covid-19 pandemic, is that accountants will be seeking profitability rather than innovation for the next few decades, as airlines struggle back into the skies.

For now, flights will remain lacklustre, soul-destroying trip in a packed aluminium tube (or a plastic tube reinforced with carbon fibre). Oh, for the days of some glamour and a champagne at 60,000 feet!

Supersonic: The Design and Lifestyle of Concorde, is published by Prestel.