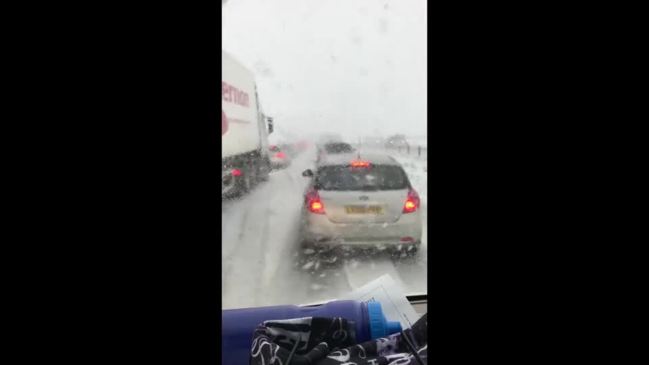 Heavy snow created hazardous conditions in parts of northern England on the afternoon of Sunday, February 6, as local authorities reported crashes and delays on area roadways. This footage was recorded by Marcus Jefferson, who said he filmed it along the A66 near Stainmore in Cumbria. Vehicles can be seen at a standstill along the roadway as snow falls. National Highways later reported that traffic was flowing “much better” between County Durham and Cumbria. Credit: Marcus Jefferson via Storyful