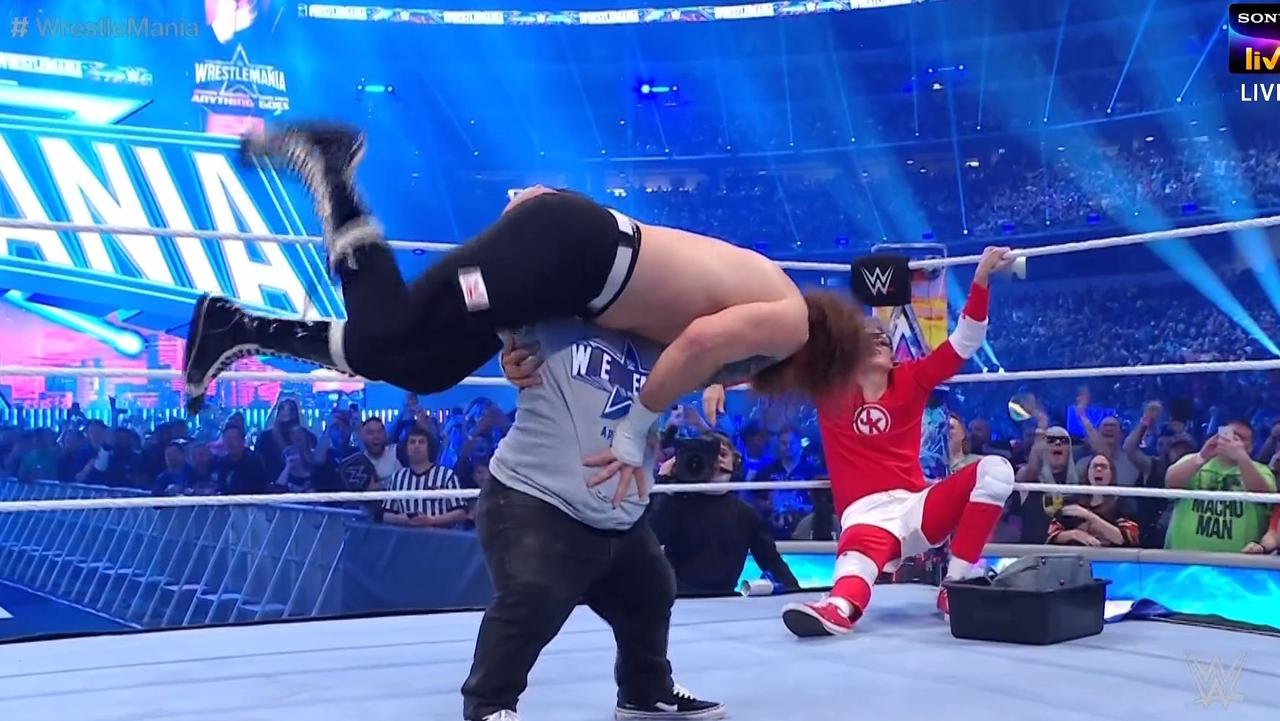 A stunning celebrity cameo has blindsided WrestleMania 38 as the blockbuster event begun with a series of explosive matches.

WrestleMania 38 has begun with a bang on a night when the world will get to see “the biggest match in WrestleMania history”.

Roman Reigns and Brock Lesnar are set to rumble in a historic unification match at AT&T Stadium in Dallas.

Sasha Banks and Naomi are the new women’s tag team champions after a rollercoaster.

They emerged victorious from a brutal match that had every wrestler involved in the contest writhing on the ground in pain.

They overcame the pairings of Rhea Ripley and Liv Morgan, Shayna Baszler and Natalya and former champions Carmella and Queen Zelina.

Banks delivered a Frogsplash on Carmella, but the champ kicked out.

Naomi eventually set Carmella up for what looked like the Gam Slam and Banks hit her at the same time with the Code Breaker.

Banks and Naomi couldn’t believe it when they were handed their belts.

The Jackass crew combined to put on a hell of a show as Knoxville pinned Zayn for a three count.

Knoxville hit Zayn with a taser after Wee Man and Chris Pontius gatecrashed the match.

Wrestling commentators were clearly blown away.

The match had some crazy action.