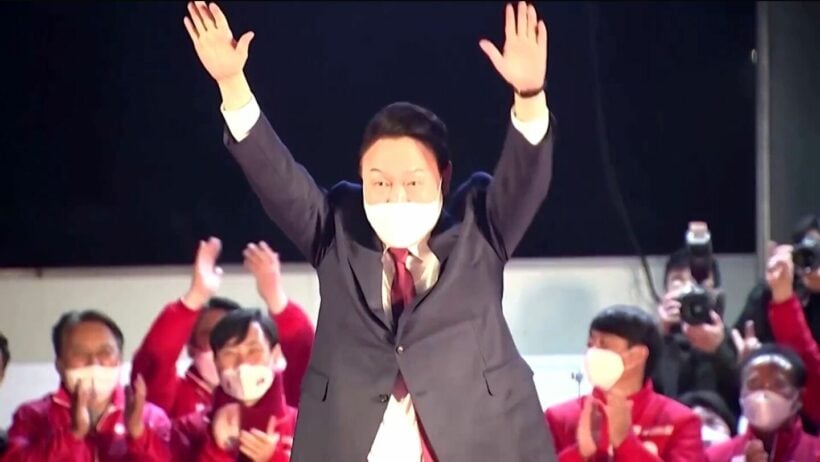 South Korea has a new president today after a nail-biting and often nasty campaign, deemed “the unlikeable election.”

Conservative Yoon Suk-Yeol will be the nation’s new president, after Lee Jae-myung of the ruling Democratic Party conceded defeat last night. Speaking at a post-election press conference, Yoon consoled his rival and called for unity, saying…

“Our competition is over for now. We have to join hands and unite into one for the people and the country.”

The historic election highlighted the country’s stark political divide, with opposition leader Yoon winning 48.56% of the ballot, enough to edge out Lee’s 47.83% by less than 1%. The losing candidate Lee has blamed himself for the defeat, saying…

“I would like to express my apologies to the many citizens of the country who have left their daily lives behind and have been with us. Thank you for your passionate devotion.”

Incumbent President Moon Jae-in was not permitted to run for a second term, as South Korea’s presidency is a single term of five years.

President Yoon of the People Power Party is a newcomer to politics, having spent the last 27 years of his career as a prosecutor. The former prosecutor-general under outgoing President Moon was behind many of the high-profile investigations into corruption scandals that had plagued Moon’s aides, as well a slew of other corruption scandals. His victory puts Korean governance back into conservative hands.